Why Closed Borders is Good News for the Gospel | YWAM Newcastle Why Closed Borders is Good News for the Gospel

A look at how COVID has changed the missions landscape — hopefully for the better. So here we are still living in these ‘unprecedented times’ due to a worldwide pandemic shutting down entire countries and disrupting global travel, as we know it. In March last year, we received sudden news that Australian borders were to […]

A look at how COVID has changed the missions landscape — hopefully for the better.

So here we are still living in these ‘unprecedented times’ due to a worldwide pandemic shutting down entire countries and disrupting global travel, as we know it.

In March last year, we received sudden news that Australian borders were to be closed in less than 24 hours.

As a few of us rushed to call our overseas staff and students, it was soon discovered that even if they did manage to get on a flight back, it would still not get them back into Australian borders in time.

Since then there have been plenty of tears, confusion and frustration as outreaches were cancelled.

People were locked out of countries and training schools were postponed until further notice.

As our YWAM centre was still dealing with the news of no overseas travel, the State Premiers even began to close local borders overnight and suddenly we were not allowed to travel anywhere.

Not being able to travel is not good news for a missionary.

Being unable to re-enter your missions home after holidays is bad news. Living out of a suitcase and waiting for updates is difficult. Not knowing if this temporary situation has a deadline is hard.

So how do you avoid living life on pause until you can continue what you are called to do?

According to the Bible we don’t need to wait around for borders to live a missional lifestyle.

In Acts 1:8 Jesus states that, ‘you will receive power when the Holy Spirit comes on you; and you will be my witnesses in Jerusalem, and in all Judea and Samaria, and to the ends of the earth’.

According to this scripture we are called first to witness wherever we are in the present moment.

This is a call to go local, regional, and global. It’s easy to forget the reality that missions is also local.

I am reminded of an article sharing the incredible story of Iran.

“In 1979 The Iranian revolution established a hard-line Islamic regime.

Over the next two decades, Christians faced increasing opposition and persecution: all missionaries were kicked out, evangelism was outlawed, Bibles in Persian were banned and soon became scarce, and several pastors were killed.

The church came under tremendous pressure. Many feared the small Iranian church would soon wither away and die.

But the exact opposite happened. Despite continued hostility from the late 1970s until now, Iranians have become the Muslim people most open to the gospel in the Middle East.

As a result, more Iranians have become Christians in the last 20 years than in the previous 13 centuries put together since Islam came to Iran.”

Wow. Did you catch that?

There has been more growth in two decades than in over a decade of centuries! This is a testimony to the transformational power of locals reaching locals. The multiplication due to closed borders in 1979 started with an estimated 500 Christians only from a Muslim background in Iran.

Today, there are hundreds of thousands — some say more than 1 million Christians in Iran.

In fact, in 2018 the mission research organization Operation World named Iran as having the ‘fastest-growing evangelical church’ in the world.

According to the same organisation, the second-fastest-growing church is in Afghanistan—and Afghans are being reached in part by Iranians, since their languages are similar.

Stories like this demonstrate a simple truth that Jesus was trying to teach us in the Gospels; the kingdom of God is for everyone who believes.

It starts small like a mustard seed but God is faithful to continue what He started. We need the Gospel to be sent to every person and we must trust that where the gospel is it will grow.

Closed borders is good news for the Gospel because it calls upon locals to reach locals.

Studies like Iran show that locals reaching locals is proven to be most effective.

Imagine the possibilities if every follower of Jesus engaged in their local community.

Your mission field may look like your neighbour, your local cafe or via zoom to a colleague but every day we have a chance to be a witness of God’s supernatural love and peace in times as dark as these.

Although 2020 or 2021 may not have been the years we were expecting, the Lord is leading us in new ways. Don’t miss this moment in time; it will mark our generation and has the potential to introduce many to Jesus. Why I Left My Career to Get Paid by Faith 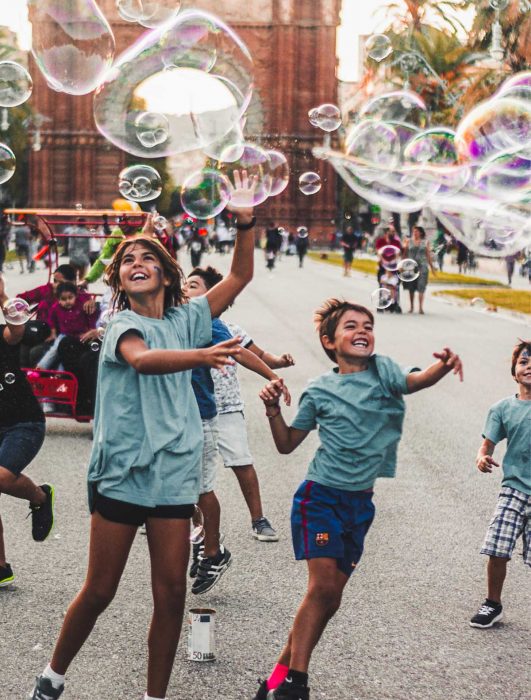 Why I Left Teaching to Work in Youth Ministry Playing Sport as a Missionary