Equal Opportunity & Hope for ALL 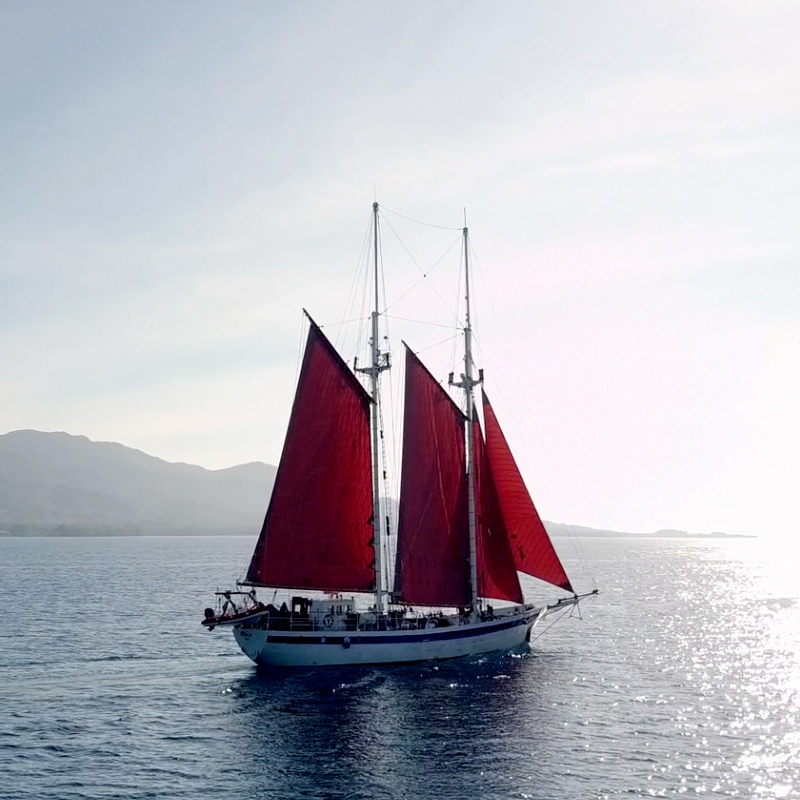 What We Are Doing

The Land Of The Unexpected

Whilst Papua New Guinea (PNG) is Australia’s closest international neighbour and yet we are worlds apart when it comes to basic healthcare accessibility.

The Papua New Guinean government are doing their best, however, the current infrastructure and terrain prove difficult to navigate as they reach their citizens with healthcare. 84% of the nation’s population live in rural areas and do not have easy access to medical care or services.

PNG records the lowest health status in the Pacific Region with only 1 dentist to every 100,000 patients; 5 women die in childbirth every day; somebody dies of tuberculosis every 2 hours and 1 in 13 children will die before the age of 5.

YWAM Ships Newcastle, alongside the PNG government, aims to see improvements in these statistics and fight for every individual to have an equal opportunity to receive access to healthcare and education.

Through the use of medical ships, we are ready to do what we can to meet this challenge. We assist in the delivery of medical services and increase capacity through medical education and training.

This includes optometry, dentistry, midwifery, immunisations, primary healthcare and family planning. Together, we pursue the goal of healthy villages building a healthy nation.

In 2016 YWAM Ships Newcastle was gifted a 37 metre schooner yacht, the s/v Ruach, enabling us to join the existing fleet of YWAM Medical Ships already operating in Papua New Guinea.

The vision of YWAM Ships Newcastle is based on the need for a respectful and collaborative partnership with the people of PNG and Australia. We aim to see sustainable health, education and quality of life improvements in PNG while simultaneously seeing relationships strengthened between the two nations.

YWAM Ships Newcastle provides the health services needed free of charge to the individuals receiving the service and equips them with further education in primary health care, communicable diseases, and community impact.

During our first deployment in 2017/2018, YWAM Ships Newcastle visited a number of isolated islands and had the opportunity to connect with the local Health Administrators and other key stakeholders to prepare for future medical outreaches. A significant achievement at this time was helping the Milne Bay Provincial Health Authorities (MBPHA) through the delivery of medical equipment to reopen two medical outposts on the islands of Kiriwina and Budibudi.

The uniqueness of our vessel allows us to not only deliver medical services but also facilitate marine training for the locals in the bustling maritime province of Milne Bay. We want to not only increase their maritime skill, but also instil the values of team work, communication and understanding of the diversity of culture.

Additionally, we have begun working in partnership with the Milne Bay Provincial Educational Authorities (MBPEH) providing charter services to assist with the assessment of schools on outer islands and will continue to do this alongside the delivery of medical services.

A ship isn’t the best option, it’s the only option.

“We dream of a society in which everyone has access to the basic necessities of life. We hope to multiply healthcare skills and knowledge to see a reduction in illness and mortality rates from curable diseases throughout the Province of Milne Bay. What an opportunity we have to partner with our nearest neighbours in PNG. A ship isn’t the best option – it’s the only option for reaching these isolated islands.”

YWAM International has been involved in ships ministry since 1979. The Anastasis became the first in a fleet to be known as Mercy Ships – a ministry which would provide hope and healthcare to the disadvantaged in ports cities around the world.

In 2003 YWAM released Mercy Ships to become a separate ministry, however, YWAM’s ship ministry continued to grow and we are proud to be building on the work of those that went before us.

Today, YWAM Ships in an international collaborative initiative between YWAM centres across the globe and has over 20 vessels serving in a wide variety of conditions around the world. We have small cruise ships, riverboats and deep-sea yachts all working towards a common goal, improved healthcare and education for all.

The s/v Ruach joins the broader work of YWAM Ships, operating in the Pacific Region where YWAM has been reaching citizens with healthcare and training since 1991. YWAM Ships have been working with the government of Papua New Guinea since 2010 as part of their national strategy to assist with the delivery of vital medical and training services to the remote and isolated islands of the region.

The current fleet operating in the pacific region includes not only the s/v Ruach but also the MV YWAM PNG operated by YWAM Medical Ships in Townsville, Queensland and the m/v YWAM Liberty operated by YWAM Ships Kona, Hawaii. Through the combined effort of these vessels, YWAM Ships has successfully provided healthcare services to over 648,062 individuals and training to over 145,567 people since 2010.

The s/v Ruach, a beautiful 37 centre sail-training schooner, was generously donated to YWAM Ships in 2016 by Mr. Hans-Ulrich Birenstihl of Swiss Charity Jugendheim Sternen AG who worked with troubled youth.

Over $6 million AUD was invested into refitting the vessel prior to being gifted to YWAM Ships Newcastle. Originally berthed in Germany, a crew from Redwise Global Shipping was contracted to deliver the vessel from the Netherlands to Australia, a journey of 14,000 nautical miles, arriving in Newcastle Harbour in January 2017. The vessel was graciously received by Newcastle Lord Mayor Cr Nuatali Nelmes as well as YWAM Newcastle staff, students and friends.

In August 2017 Lord Mayor of Newcastle, Cr Nuatali Nelmes, welcomed YWAM Ships Newcastle, into the Newcastle City Council’s City Ambassador program. This included awarding us with a Key to the City of Newcastle in recognition of our work both on the local and international stage. As partners with The City of Newcastle, we see the medical initiative of the s/v Ruach not only driven by YWAM but also stewarded by the stakeholders and citizens of Newcastle.

After being docked in Newcastle, the s/v Ruach underwent maintenance and more work to adjust to operating in the tropic before setting sail for it’s first deployment in September of the same year. Sailing via Townsville the vessel arrived for the first time in Alotau, Papua New Guinea early in October 2017, marking a huge milestone in our efforts to deliver vital medical and training services to Papua New Guinea.

The crew were warmly welcomed in a traditional ceremony by senior officials from both provincial and local government, medical and educational bodies, as well as local residents and cultural dancers from the Mutuuwa Villiage.

Since this time we have been working in conjunction with the Provincial Health and Education Authorities to find out where we can best be of service in reaching the isolated communities of the Milne Bay Province.

“Knowing that the Ruach is a City Ambassador doing such amazing work [in Papua New Guinea], it’s fantastic for me to stand here, as the Lord Mayor of Newcastle, with such a group of committed people. You are making a difference in the lives of people living right next to Australia. The work you do is phenomenal, it’s important and the City supports you.”